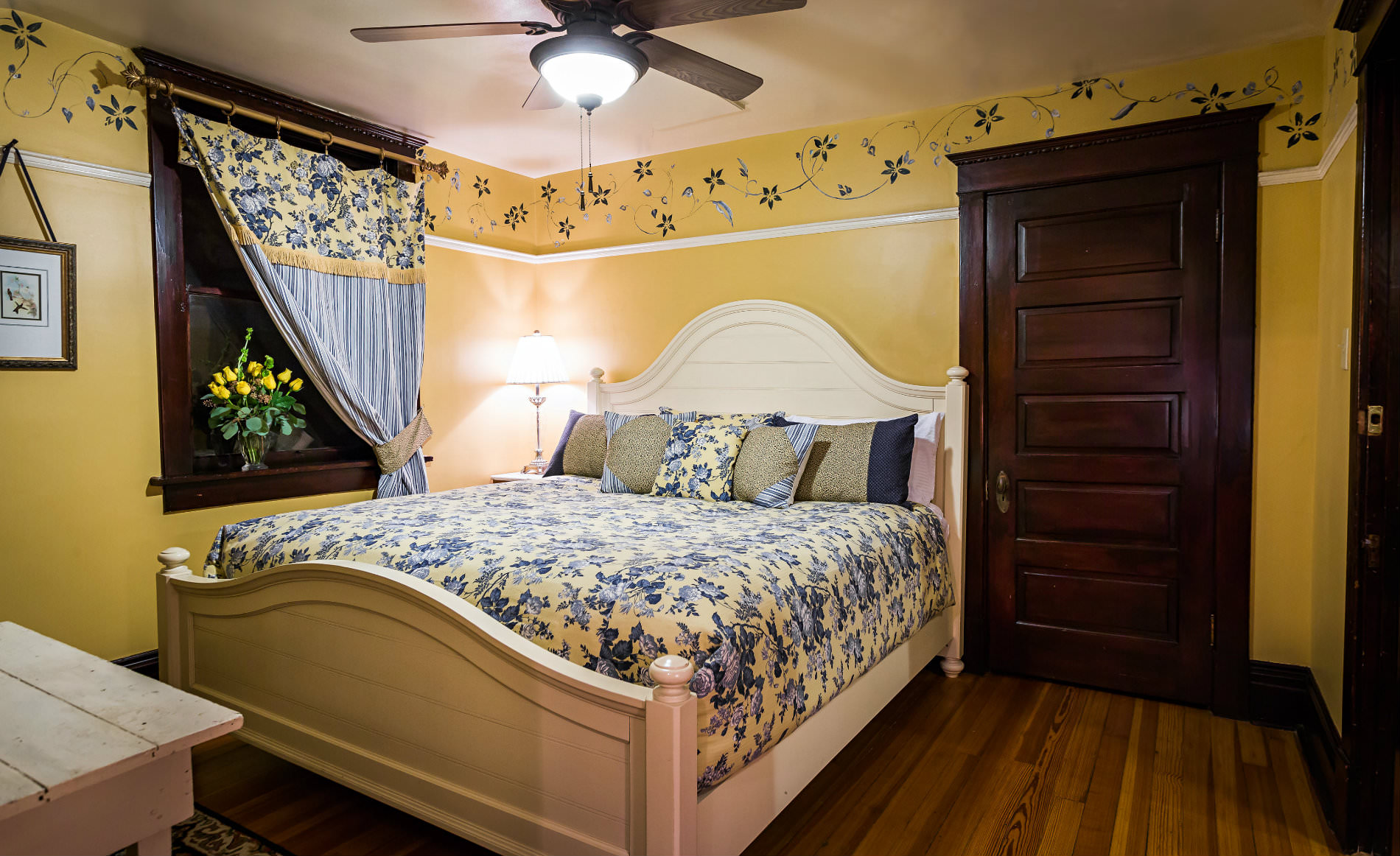 King-size bedroom named after David Greenglass, the brother of Ethel Rosenberg, and the individual who played a part in making this house known as “The Spy House.”

Decorated in a sunny yellow hue, with a hand-painted border of blue vines, the Greenglass Room will lift your spirits during your trip to Albuquerque, New Mexico. This suite features a king-size bed and a private sitting room, which has a sink that served as a kitchen when the home was used as a boarding house years ago. There is a private bath down the hall complete with claw-foot tub/shower.

The tables in this guest room are said to be the original tables that David and Ruth Greenglass used while they lived here. Margaret Freeman said that one of the tables was used by David when he drew up the portion of the atomic bomb that he sold to the Soviet spy, Harry Gold.

Call directly to inquire about availability or to book.

“Thank you for a relaxing and stress-free stay. The house is beautiful and the food delicious. Your children are adorable and Jacob and Emme had fun playing with them. Thanks again!”