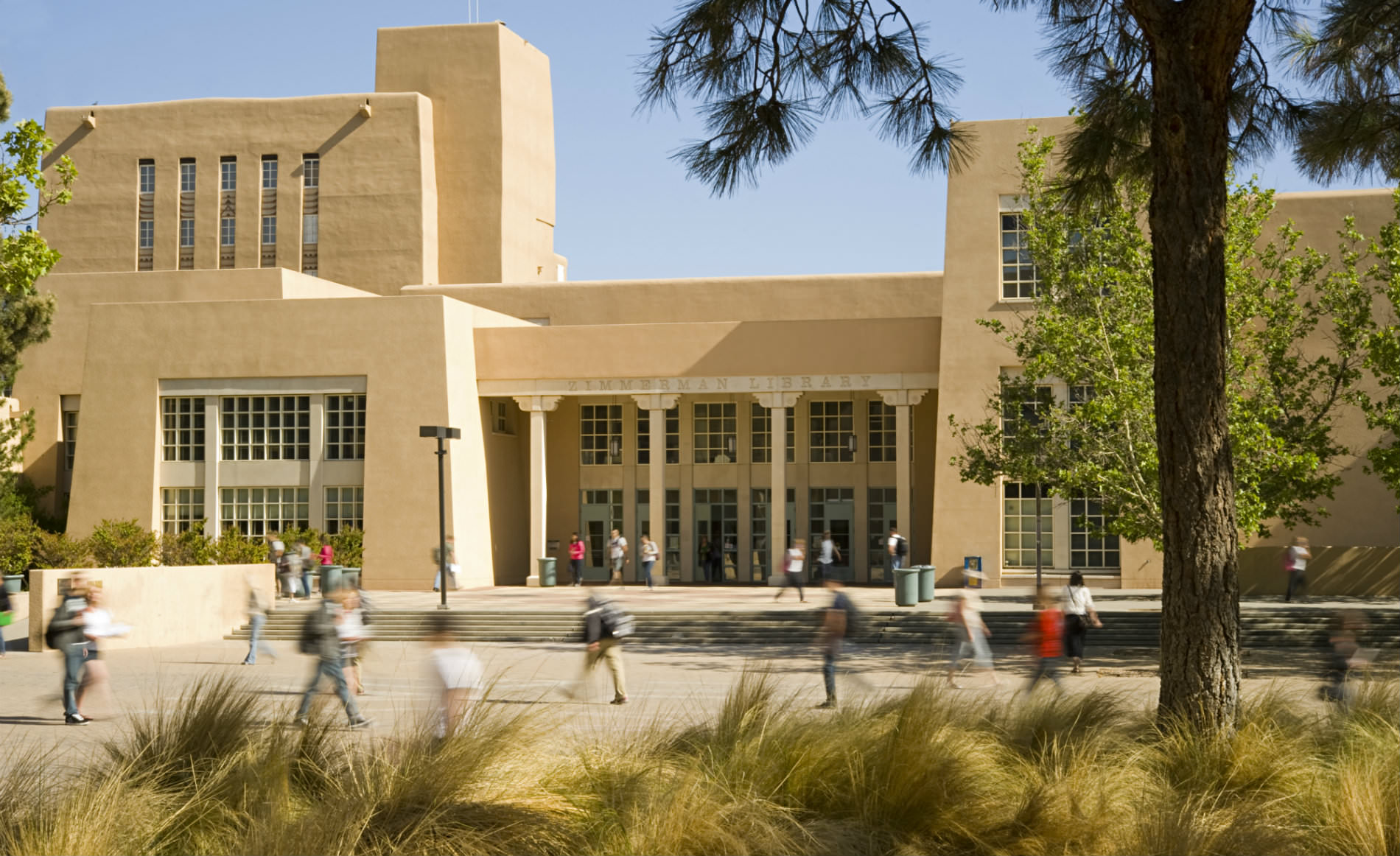 The University of New Mexico now occupies 600 acres along old Route 66 (Central) in the heart of Albuquerque. The campus is known for its unique “Pueblo Revival” architectural style. When the university’s third president, William G. Tight, plastered over the Victorian-style Hodgin Hall, the unique pueblo architecture began to take over the appearance of the campus. The buildings on the campus resemble the look of nearby Pueblo Indian villages. The nationally recognized Campus Arboretum and the popular Duck Pond offer an outstanding botanical experience.

Central Avenue, Albuquerque’s original “Main Street” – or Route 66 – runs in front of the University of New Mexico. Until the mid-1930s, Central Avenue consisted of a few motor courts, gas stations, campgrounds, and a cafe. In fact, when the university was first constructed on its site, it looked like a large lone building out in the middle of an expansive southwestern prairie. But with Route 66 being the only paved road crossing New Mexico, development began to spread east and west along the shoulders of Central, with the university in the middle.

By the beginning of World War II, this area up and down Route 66 began to grow into Albuquerque’s first suburb, known as Nob Hill. R.B. Waggoman developed the Nob Hill Business Center, one of the first modern shopping centers west of the Mississippi. The center and the district blossomed into the most fashionable area of town.

Today’s Nob Hill is a sophisticated, vibrant mix of art galleries, antique shops, clothing boutiques, jewelry stores, music venues, and theaters. Park your car and walk around to explore the eclectic goods available. Whether you are interested in handmade paper, exotic items from foreign lands, collectibles, fine clothing and shoes, jewelry and beads, furnishings or toys, you can find it here. When you need a break, refresh yourself at one of the upscale restaurants and cafes in the area. Nob Hill is a neighborhood frequented by locals, so you will also find grocery stores, beauty salons, photo shops, and pet supply stores. And all of this is just a matter of blocks from the university itself.

“Had a wonderful time really enjoyed your beautiful house and your wonderful hospitality! Kara you are made to have a B&B!”